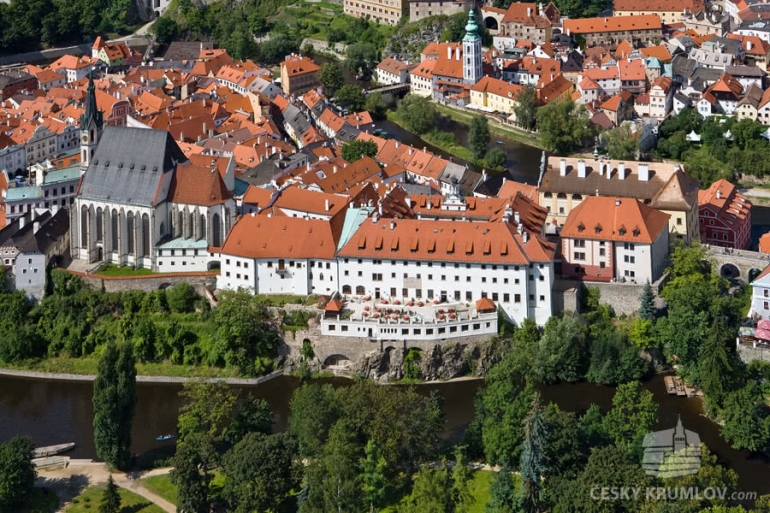 The extensive building with a spacious courtyard comes from 1586 - 88, when Wilhelm of Rosenberg had it built as a college for the Jesuits in Český Krumlov. This typical Renaissance construction was designed by the Rosenberg architect of Italian descent, Balthasar Maggi d’Arogno. After the Jesuit Order was abolished in 1773 the college was rebuilt to serve as barracks, and in 1889 it was rebuilt into a hotel named Růže, i. e. the Rose. In the second half of the 20th century, the building was repeatedly repaired while its Renaissance appearance was restored. The façade is decorated with sgraffiti, and the cornice with paintings depicting the busts of warriors and a group of patron sains of Bohemia. On the left are St. Ludmila, St. Sigmund,

St. Vojtěch (Adalbert), St. Procopius and St. Elisabeth. The courtyard too, is decorated with sgraffiti and painted coats-of-arms of its founders: Wilhelm of Rosenberg and his wife Polyxena of Pernštejn and the coat-of-arms of the Jesuit Order. 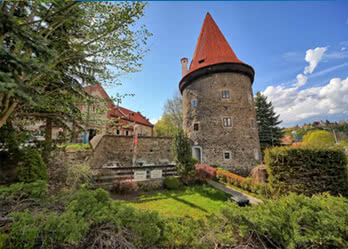 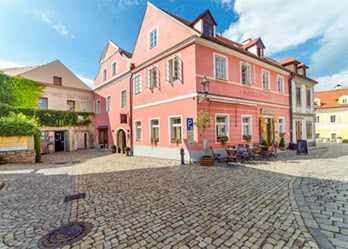 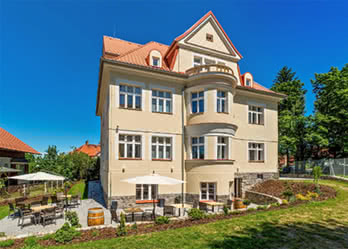 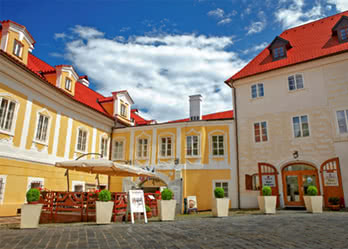 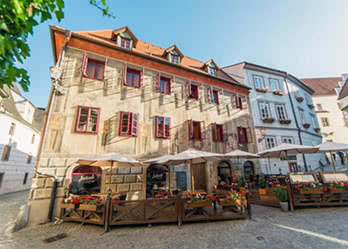 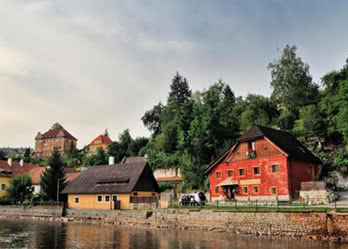 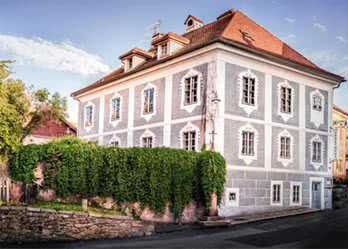 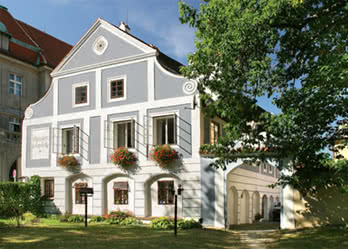 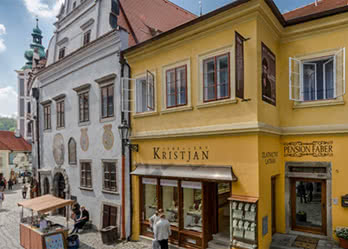